Important Notice: There Is No Such Thing As A Neurotypical!

“Neurotypical” was derived from a joke, and the joker was angry, and it makes sense that there was anger there then. http://isnt.autistics.org And this site is pretty funny, and was made a very long time ago. Worth a look, and a moving on, because now is now and then there will be tomorrow, and we’ve miles to go before we sleep.

[Update: I got that last paragraph wrong. Click here for better information: http://tinygracenotes.blogspot.com/2013/07/important-correction-re-origin-of.html ]

But there really is no such thing as a typical neurology, much less a “Neurotypical,” any more than there are properly such things as “Normies,” when it comes to the rich diversity of human life. 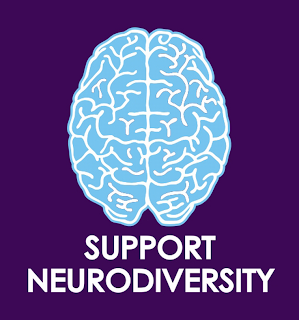 Sometimes the people who say it (or call themselves “NTs” for short) are people without Autism, and they are our allies, and they are saying it in order to show that they in their understanding hold the belief that their allegiance should make them take a one-down position by calling themselves a thing that is really quite insulting. I suspect they believe this because other people have mistreated us, and they are assuming guilt by association. Please, friends, stand side by side with us. You are no less than us. No one-down. Together.

Sometimes the people who say it are ones who endlessly identify themselves as “higher functioning” or some other kind of relatedly self-aggrandizing thing and in fact they believe themselves to be superior to others, including not only other Autistics, but also other people in general. I just read a strange article from one known to be such a person urging other such people to be kind to the “NTs” because it is more sort of polite and noblesse oblige or what have you, all the while still using the name-calling term…

But listen: apart from being insulting, and derived from a joke, and long since temporally and culturally outmoded, and theoretically just silly, the whole concept of neurotypicality is fundamentally flawed in ways that *can actually cause harm* and this is why we should all come together and just stop saying it.

Neurodiversity is a real part of the human condition that includes divergence in many directions. It is not only Autism that constitutes a neurodivergence from the alleged (Alleged! Let me say it again: Alleged!) norm, and by the time we tally up the ways in which the brains of humans can differ, I’m hard pressed to believe the neurominorities put together will not secretly constitute an actual numerical majority. 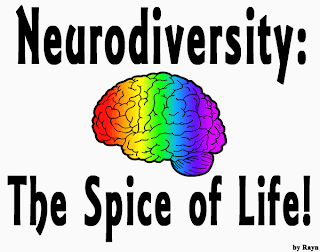 Here is where harm comes in.  Many of the neurological situations a person can have cause even more stigma than Autism now, because we have, of late, gained some political power thanks to ASAN, AWN and some of our freewheeling awesome activists and Social Media Crises (you know who you are and we love you xxoo).  For this reason, people may not feel comfortable being out at work about disclosing that they have bipolar depression, for example, or using it freely with identity first language. We can think of many other examples, not just involving the stigmatization of what are called “mental illnesses” but also neurologies called “intellectual disabilities.” Are such people “NT”? No. But a number of the types of people on the autism spectrum who are happy to call other people “NTs” seem also quick and happy to throw others under the bus if that it what it takes to make sure nobody blames anything on “the spectrum.”

This is not only morally wrong and sickmaking but a social justice misstep and has to stop at once.

In this little article I’m talking mostly to Auts of all stripes but I also want to talk to parents. If you think about Neurodiversity in a Big Tent (thanks to Liz Cagle and Michael Scott Monje Jr. for this superbly visual way of thinking of it, which also articulates some more physical manifestations of neurodivergence) you may find that you have more in common with your kids than you first imagined. You may also have custom-made brains!  Search yourself and your past and see if it isn’t true. Depression? Anxiety? Dyslexia? Band together! 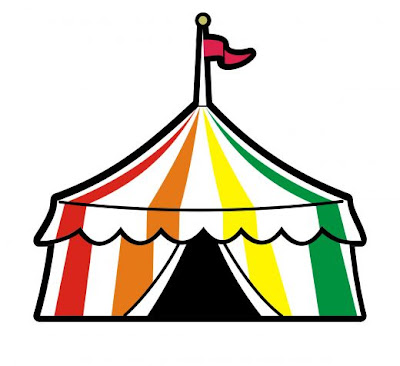 And I, and many, many (ever-increasingly many) of my friends will stand with you.

First, do no harm.

Second, see what we have in common.

Third, let’s have a cup of tea.  Because tea. (There is tea in that thar tent.) (Allies welcome. Tea!)